An Unforgettable Adventure in the Rocky Mountains

Home About VGCAn Unforgettable Adventure in the Rocky Mountains

An Unforgettable Adventure in the Rocky Mountains

Many of you have read or heard about the Rocky Mountains. The Rocky Mountains or simply the “Rockies” are a system of mountains ranges that run parallel to the west coast of North America from Alaska in the northwest, track Canada and reach the southwestern of United States.

As a student at VGC Language School, I had a wonderful experience that changed my life in July 2013, when I spent five days and four nights with classmates and friends of the school on a tour organized by Pete, the Social Events Director of the school and who promised to find me a bear during the trip. 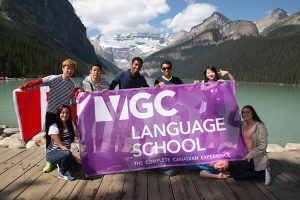 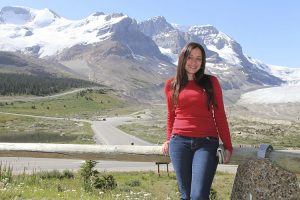 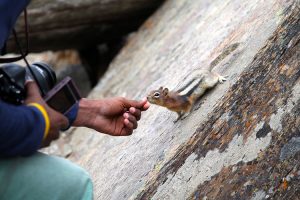 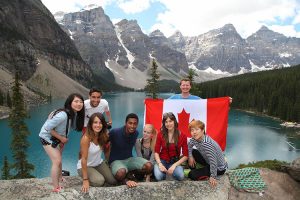 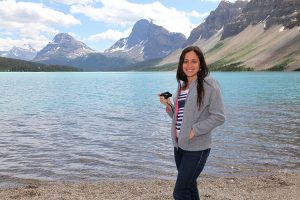 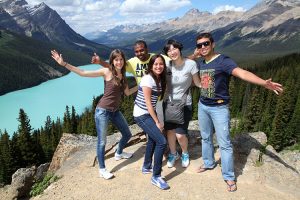 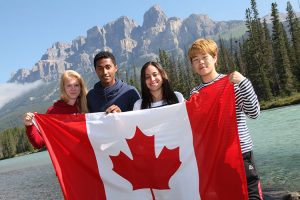 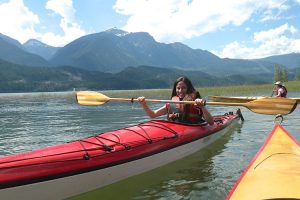 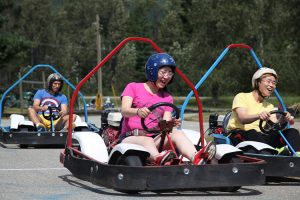 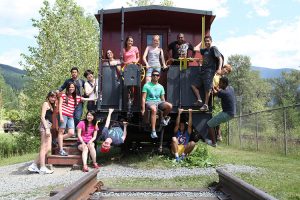 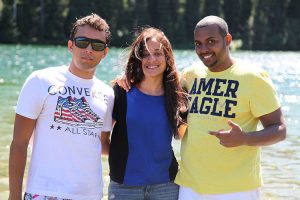 We left Vancouver in the morning to start a journey full of jokes, pictures, music and laughs. The entire road part was exciting and relaxing with all those beautiful landscapes, such the Bridal Brail Falls and the Manning Park, which is located near the border with the American state of Washington, where the human population decreases while the animal population grows.

We also passed by two of the most popular places for tourists, travellers and adventures lovers: Banff and Jasper. I confess that I wanted to stay in both, even though I love Vancouver! Those cities are playful villages with restaurants, supermarkets, clothing stores, banks, pubs and nightclubs.

We spent the first night in a hotel in Banff. Everything was fine until then. At the end of that day I was almost dead, and I think the other guys too, but we still stayed up until late having fun and taking pictures. One of the most important things to me was that we could rest comfortably before probably going to find a bear the next day.­

When we woke up at 6:30 AM, what a drag! We packed up again, had breakfast and flied back to the road to continue our long trip. I didn’t know was that Pete, together with our driver and tour guide Fred, had prepared a long schedule with different places to visit, especially lakes for swimming. My first thought was: “Lakes? They must be going crazy! How cold it must be the water that comes directly from the glaciers!” But it was actually ok. The bad thing that day is that Pete still didn’t show me any bear, so I was already starting to get disappointed.

Other stops included an ice cream store that had the best ice cream I’ve had in my entire life, as well as go-karts and supermarkets to supply our “fridge” (the back of the bus) with food and drinks. It was a long tour, stopping and swimming in all the lakes that we crossed on the way.

The biggest highlight was when we were to sleep two nights literally in the middle of the forest by the mountains, where very big mosquitoes were eager to “eat” us. Elton, VGC’s videographer, had the great idea to buy repellent and give us a “bath” with that. The camping site didn’t have Wi-Fi or shower, and the washrooms had simple latrines on the floor. Nevertheless, we met super friendly and warm people and we spent some awesome time by a campfire which I will never forget. At that point, I already began to accept the idea that I would not find any bears, but I was still happy and excited about the wonderful adventure I was living.

The last morning we were all sad packing our things to return to the reality, but Pete and Fred were spectacular guides making our return very interesting. We arrived at the school on a Thursday night to end what was indeed the longest and exhausting trip of my life, but at the same time the most especial and interesting one!

Those five days were the best of my life. I laughed like a crazy person, shared unique moments with the most amazing people that I have met in my life in places that I wouldn’t imagine to see with extraordinary landscapes and, as my English teacher Angela has taught me, with “breathtaking views”. I just don’t have more words to describe the feelings I had during this trip.

I want to express my gratitude to my English school VGC for organizing such a great tour, and especially to Pete, who made ​​sure this adventure was simply unforgettable.

By the way, I finally found a bear. Here it is!