The first Monday of August is known as BC Day in the province of British Columbia. We all sure love the long weekend that this statutory holiday gives us, so let’s take this opportunity to learn some fun facts about the wonderful province that we live in!

1. British Columbia is the third largest and most westerly province in Canada and it is four times the size of Great Britain. The length of BC’s coastline is over 27,000 kilometres.

2. Half of all British Columbians live in the metropolitan area of Vancouver.

4. Two-thirds of British Columbia’s land base (we’re speaking of an area larger than France!) is forest land, and more than half of that area has had little or no human contact.

5. Among all provinces and territories of Canada, British Columbia has the mildest climate. It has the longest frost-free periods of Canada and flowers often start blooming as early as February.

6. British Columbia is one of the top 3 producing regions of cranberries and blueberries in the world.

7. Did you ever wonder what the BC flag stands for? We have the answer: On the top part there is a Royal Union Flag, reflecting British Columbia’s British heritage. It is marked by the King Edward crown in the centre, which represents the Royal Family. The lower half shows a setting sun, representing the western location of the province. The blue and white lines behind the sun symbolize BC’s location between the Pacific Ocean and the Rocky Mountains.

8. BC is home to the world’s largest hockey stick! It was originally created for the Expo 1986 and then acquired by the city of Duncan, BC, where it is on display today. The stick is 62.48 metres long, weighs 28.12 tonnes (62,000 lb) and is therefore 40 times the size of a regular hockey stick. Make sure to take a look on your next trip to Vancouver Island!

9. Speaking of world records, BC resident Sarwan Singh who lives in the City of Surrey in the south of BC holds the world record for “Longest Beard” on a living male. It measures over 2.33 metres.

10. Actress Pamela Anderson was born on July 1st, 1967, in Ladysmith, BC, on Vancouver Island. She was the first child born in Canada on the 100th celebration of Canada Day (4:08 am), and was therefore named Canada’s “Centennial Baby”.

11. BC’s capital city Victoria, located on Vancouver Island, has an annual flower count at the end of the winter. Each year the community gets together to count more than one billion blooms. And while we are speaking of Victoria – the city was named after the British Queen Victoria.

12. The wettest city of Canada is Prince Rupert on the west coast of British Columbia. With an average of 239.7 days of rain per year and a total amount of 2593.6 mm of rain per year, it was given this title by The Weather Network.

13. Vancouver Island is also home to the highest waterfall in Canada. The Della Falls in Strathcona Provincial Park are 440 metres high, which is more than eight times the height of Niagara Falls. 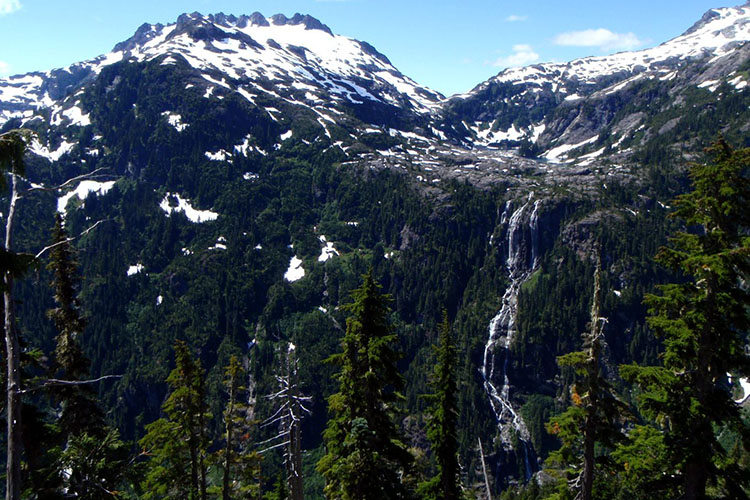 14. “The Hanging Garden Tree” on Meares Island close to Tofino is one of the oldest known western red cedars and is estimated to be between 1,500 and 2,000 years old.

17. Nanaimo, a coastal city on Vancouver Island, is the Bathtub Racing capital of the world. The first race took place in 1967 to showcase Nanaimo to the world and contestants are required to use a bathtub boat.

18. Whistler is home to the highest unsupported cable car in the world – with the highest point being 436 metres (1,430 ft).  It connects the two peaks of the Whistler Blackcomb ski resort, one of the best resorts in North America for skiing and snowboarding. Until 2017 it also held the world record for the longest free span between ropeway towers. 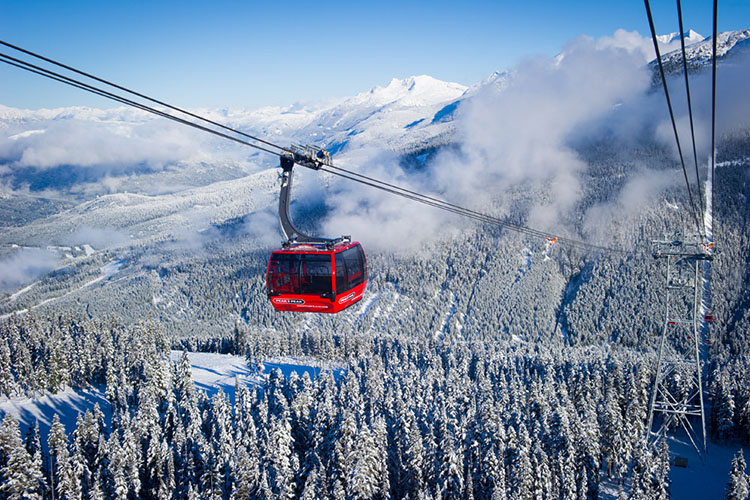 Make sure to memorize some of these, so you can impress your friends or teachers next time in the classroom. What do you love most about British Columbia? In order to explore as much of our beautiful province as possible, make sure to ask about our team about our monthly activities and school excursions.