Home About VGCVGC at Tears to Smiles 2015

VGC’s Mission Statement is “empowering people through education,” and we lived up to that ambition by being a proud sponsor of the Wine & Cheese Fundraiser for the Taiga Galli Memorial Refugee Award. The event featured speaker Ujjal Dosanjh and special guest Kim Phuc, also known as ‘The Girl in the Picture’.

The funds raised will go towards the Taiga Galli Memorial Refugee Award, an endowment established in 2014 in memory of Taiga Galli, who passed away on October 13, 2013. Though there is still a long way to go, once the target has been met, a $2,500 award will be offered to a refugee wishing to study vocational or academic studies in an educational institution in BC. 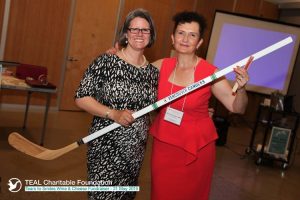 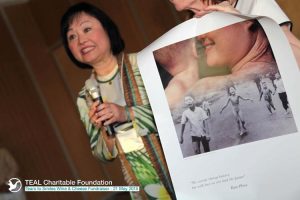 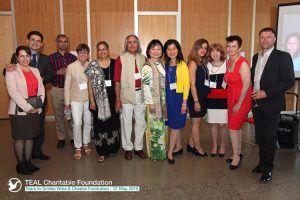 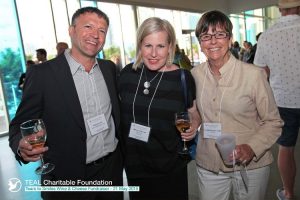 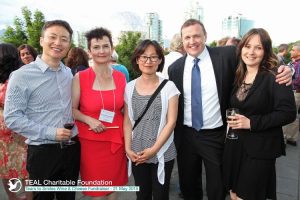 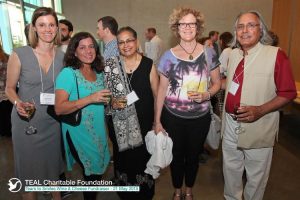 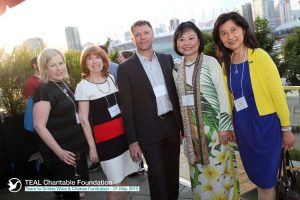 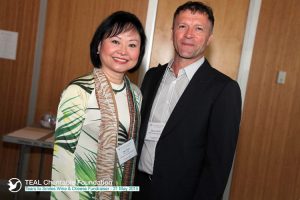 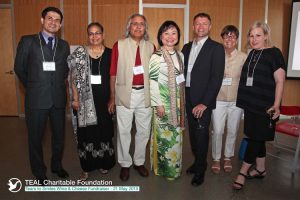 It was a moving event and some even shed tears while listening to Kim Phuc tell her harrowing story with a forgiving heart, inviting everyone present to smile. From her peaceful, smiling face, one would never have imagined she had suffered so much. Without a doubt, she is a woman of courage, just like the young refugees this award aims to help.

Why refugees? As former BC Premier Ujjal Dosanjh rightly pointed out, immigrants leave their country to find a better life; refugees, in contrast, leave their country so as to not lose their lives. The Taiga Galli Memorial Refugee Award was inspired by these brave young refugees who were violently uprooted from their country.

But it wasn’t all tears: there were also plenty of smiles, including a big one from VGC teacher Catherine, who won a hockey stick signed by Canuck star Daniel Sedin. It was definitely a ‘tears to smiles’ evening!