I decided to sign up for the trip to Manning Park a few weeks ago because I had never seen snow before. VGC’s Events Coordinator Matt convinced us that we would enjoy it a lot. He said it was his favourite organized trip and usually everybody loves it, so I asked to my fiancée Jonny: “Let’s go?” And he answered: “Let’s go!”

On Thursday we went to the supermarket and bought many snacks and drinks for the weekend. On Friday, we hit the road right after class. When we arrived at Manning Park Resort, we put our things in the room and went out. One snow fight had started. It was so cold but so fun.

After that, we went to the game room and played billiards and table tennis. We had dinner and went out again. There was a big fire and everybody sat around it to keep warm. While some people were roasting marshmallows in the fire, other people were dancing and others were practising snow tube. The sky was fantastic! We could see all the stars and the moon was incredibly bright.

On Saturday we woke up very early, had breakfast and went to the mountain, where we could choose between snowboarding and skiing. I chose skiing and had some lessons during the morning. In the beginning it was very challenging, but I got it very quickly.

After lunch my stomach was full and I decided to go up the mountain with some friends from VGC. The view was wonderful. There were many “professional” people doing crazy stunts. We took lots of beautiful pictures, recorded videos and made a snow angel. The chair lift looked so dangerous. I was wearing heavy snowshoes and it was so hard to jump and to take care of my camera at the same time, but my fiancée helped me to survive and nothing bad happened.

During the afternoon we practised skiing a lot. We were more confident to do it alone. I made videos and drank juice while I was following Jonny going downhill. I loved learning to ski and now it is my favourite sport.

In the evening we arrived at the village where we were hosted, and we went to the swimming pool and jacuzzi. I didn’t have bathing clothes, so I wore pants and a T-shirt. It was actually better that way because everybody was making videos and taking pictures underwater.

After that, we took a shower and had dinner. Since we were all adults, we made a great party, drank alcohol and danced a lot. There was a delicious hot chocolate with Bailey Irish Cream. For dessert we had chocolate fondue with fruits.

On Sunday we woke up early again and went to the mountain to enjoy snow tubing. We were already so tired, but we could still have fun. At lunch time we went back to the house, had our lunch prepared and packed our stuff to go back to Vancouver.

It was an amazing trip. I guess one the most exciting trips of my whole life. I felt like I was living in a movie. Many dreams came true such as building a snowman and a snow angel, doing a snowball fight, skiing, and roasting marshmallows in the fire. I made more new friends and got closer to everybody.

All students and staff were so friendly and happy. I don’t regret anything. It is so nice to realize how different one place can be from reality back in my home country. I’m just so thankful for this life experience! 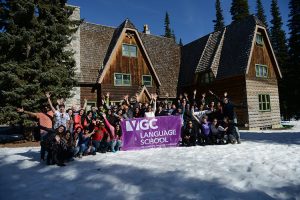 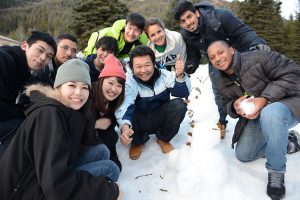 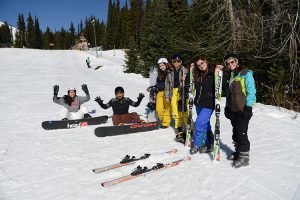 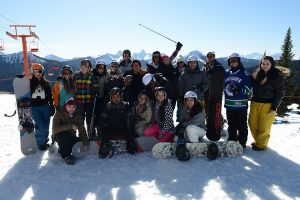 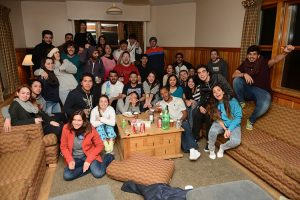 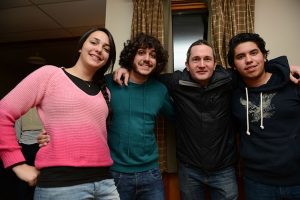 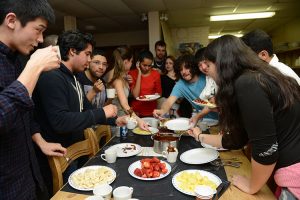 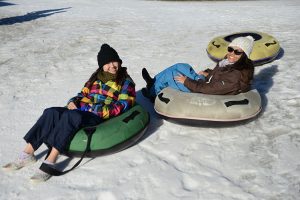 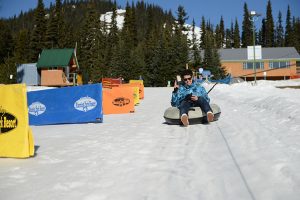 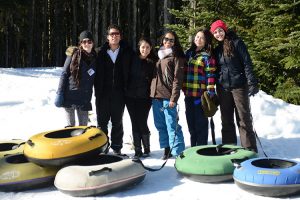 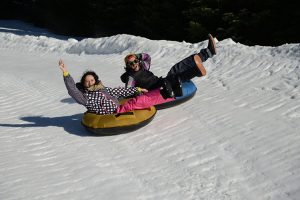